Home LIFESTYLE I Bet You will Play on Repeat “Aap Jaisa Koi”- Unplugged By... 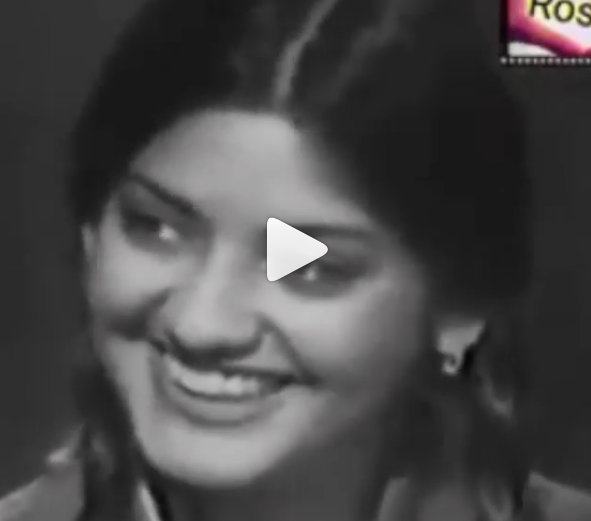 Retro Bollywood songs are loved by entire nation in India & Pakistan also. Pakistan singers have been visiting India for sharing their piece of art with Indian audience. From Reshma to Nusrat fateh Ali Khan, we have been showered in the magic of music by them.

Now, we are here today with the award winning singer of Pakistan who sung this Zeenat Aman starer retro Bollywood Songs “Aap jaisa koi meri Zindagi me aye”. Nazia Hasan who has given her glamorous & loud voice to this song from Qurbani,1980.

This song gave her quick popularity among youth & cinema in India. Here is the interview clip of Nazia Hassan from back 90’s for Indian television. Nazia is singing this song unplugged & we cant get enough of the song.

Did you who sung this song "Aap Jasa Koi meri zindagi me aye" Nazia Hasan is a Pakistani Pop Singer who died with cancer in 2000 at the age of 35 only. Nazia has sung many other beautiful songs for Bollywood. #NaziaHasan #PakistaniSinger #AapJasaKoi #BllywpodOldSongs #IndianCinema #bollywood #bollywoodNews #BollywoodGossip #pakistan #India #delhi #Disco #PopSinger #missmalini #KareenaKapoor #ZeenatAmaan

Nazia Hassan has a successful & short life. She ended her life fighting with cancer in London at 13th August 2000.
She was a beautiful & graceful lady. Pakistani Singers songs in India are a crucial part of Indian cinema.

Nazia hassan music album Disco Diwane in 1981 gave her popularity among world media. She won many awards for her singing.