Bahubali 2 poster out. Bahubali has been one unsolved mystery for the entire nation since this question is poking everyone’s head- “Why Katappa killed Bahubali?” After waiting for good 2 years, here comes the first glance of the blockbuster movie “Bahubali 2”. Bahubali-The conclusion motion poster has been released by the makers. The leading actor of Bahubali Prabhas is standing still & fearless on the giant elephant in the poster. Rest of the information will get revealed soon. 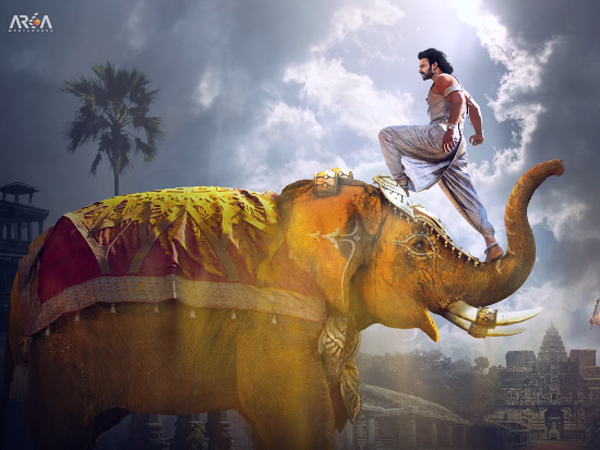 We are already excited to find the answer for the national question of the year. Bahubali 2 makers are expecting to make Bahubali 2 as the biggest blockbuster of the year. Let’s have a look at the motion poster 2 of Bahubali- The conclusion.