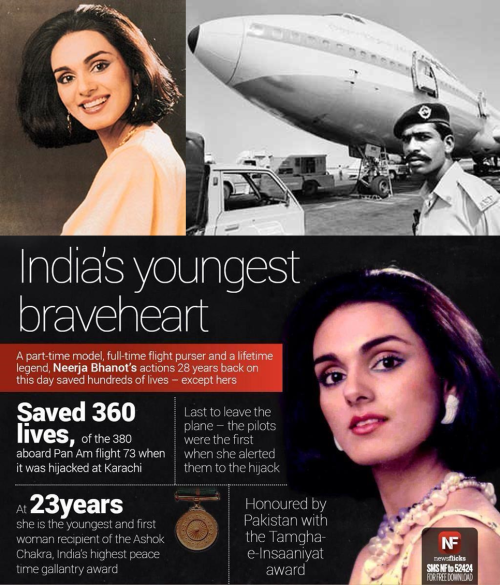 Neerja Bhanot is not a New name for the whole world now. Not everyone is aware of what actually happened on the day of hijack. Here we’re trying to provide a short summery of that those dreadful hours and her bravery for the same.

Bhanot was the senior flight purser on the ill-fated Pan Am Flight 73 flying from Mumbai to USA, which was hijacked by four armed men on 5 September 1986 at Karachi airport in Pakistan. The aircraft was carrying 361 passengers and 19 crew members. The terrorist wanted to fly to Israel and wanted to crash the plane against a building. After the terrorists boarded the plane, Neerja alerted the cockpit crew As the plane was on the tarmac, the three-member American cockpit crew of pilot, co-pilot and the flight engineer evacuated the aircraft through an overhead hatch in the cockpit per their training so that the aircraft could not be forcibly flown. Bhanot, being the most senior cabin crew member remaining aboard, took charge.

The hijackers were part of the terrorist Abu Nidal Organization and were backed by Libya. The terrorists then instructed Bhanot to collect the passports of all the passengers so that they could identify the Americans. The terrorists wanted to put pressure on America by identifying and threatening the Americans on the aircraft. Bhanot and the other attendants under her charge hid the passports of the 41 Americans on board; some under a seat and the rest down a rubbish chute so that the hijackers could not differentiate between American and Non-American citizens.

After 17 hours, the hijackers opened fire and set off explosives. Bhanot opened the emergency door, flung a chute and assisted all the passengers escape. She could have been the first to jump out when she opened the door but she decided not to and was shot while shielding three children from a hail of bullets. From a total of 41 American passengers, only 2 were killed during firing.

This incident happened just two days before her twenty-fourth birthday. She actually invited her family to a meet over for her 24rd birthday. This news came out in Times Of India by the Doctor who watched her been shot dead by the terrorists. Not only had she ensured the failure of the hijacking by preventing the plane from getting off the ground, she also saved the lives of hostages in those long hours of incarceration. 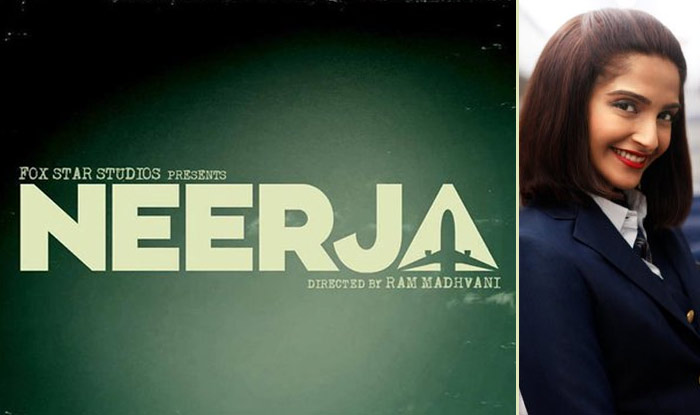 I would be grateful If I get this courage to safe others Life. Thank You Neerja!! You are Immortal in our hearts. We have great hopes from the Sonam Kapoor Starrer(AS Neerja Bhanot) upcoming movie “NEERJA” under direction of Ram Madhvani. Go in the theatres to watch the story of a real heroine of time.