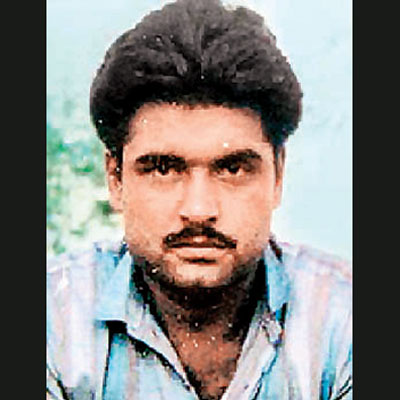 Sarbjit Singh is not a new name for any Indian or Pakistan citizen. What We can name him; A fighter, A victim or just a helpless soul only who suffered till his last breath to see his family and his country. I had adeep breath after reading each & every incident that took place in the case started in 1990 When Sarbjit Singh was convicted.

Sarbjit singh born in 1964 in a small village Bhikhiwind, Punjab, India. The village is touching the Pakistan border for reason always stay suspect prone zone. He was married to Sukhpreet Kaur and had two daughters Swapandeep and Poonam Kaur. His sister, Dalbir Kaur, worked towards his release from 1991.

There are hundreds of stories & perceptions which say he was an Indian spy & terrorist strayed from Indian-Pakistan Border. The court alleged Sarbjit was involved in terror attacks happened in Faisalabad , Pakistan in 1990. But, his family claimed their son was just a fellow farmer who was drunk & crossed the Indian-Pakistan border unconsciously.

In 1991 Singh was given the death sentence under Pakistan’s Army Act.After his conviction in 1991, several mercy petitions were filed by Singh’s lawyers. The fifth petition was filed on 28 May 2012 along with 100,000 signatures collected from India. None of the mercy petitions were granted.Bollywood actor and activist Raza Murad also campaigned for his release. As of June 2012, he had collected 138,226 signatures in support of Singh’s release. After the Pakistani government’s reversal regarding his release in June 2012, Murad intensified his ‘Free Sarabjit’ campaign.

Sarbjit Singh was attacked on 26 April 2013 in the Central Jail Lahore (Kot Lakhpat jail), allegedly by other prisoners, with bricks, sharp metal sheets, iron rods and blades. He was admitted to Jinnah Hospital, Lahore in a very critical condition with severe head injuries with a broken backbone.On 2 May 2013, he was reported to died , when he was removed from the ventilator support after his condition worsened towards the middle of the night.(Ref Wikipedia)

The Government of Punjab, India declared a three-day period of mourning over Singh’s death and announced it would pay his descendants a compensation of Rs 10,000,000. A biopic movie “Sarbjit” starring Aishwarya Rai & Randeep Hooda is going to launch in may. Click here for Movie trailer.

Hope this movie illustrate some hidden truths we are not aware of a innocent soul died for lack of humanity.RIP Sarbjit Singh.