Home LIFESTYLE Raksha Bandhan and Its Changing Perspective Among People 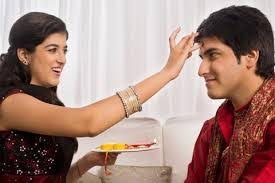 The discussion on the importance and relevance may go for years among people with different thoughts and logic, but it is for all of us to agree know that the festival of Raksha Bandhan is celebrated in every household with whatever may be the reason of the celebration. As long as it is done with a good faith, the positive energy will keep on spreading the message of love, care, and strong bond among people. This is the very reason why we humans are still serving on earth. With the same belief we can continue to pay homage and respect for this beautiful festival that symbolises the purity in relationship for siblings.

Raksha Bandhan, these two Hindi words simply means protection and bond and in Sanskrit, it means "to tie the knot for protection". Together these two words give the name to one country’s highly respected festival known as Rakshabandhan.

The festival of Raksha Bandhan is one among the admired festivals of India which is also celebrated in different forms in different states like naryal Poornima, kajari Poornima and rakhi Poornima. The festival has been celebrated over the generations and giving high respect throughout. respective if any cast, status and creed of people, all walks participate in celebrating this auspicious day.

How is Raksha Bandhan Celebrated?

On the festival of Raksha Bandhan, sisters tie a sacred thread known as Rakhi on the wrist of their brothers and apply tilak on the forehead and pray for their long life and good health. The brother offers a gift in return and concludes the ceremony with sweets. The concept of tying rakhi is to mainly maintain the relationship of siblings and brother promises to protect and lifelong care of sisters.

The festival had originated from many ancient beliefs such as the story of Draupadi and Krishna from Mahabharata to be deemed as the contributing factor of Rakhi. Originating from many ancient beliefs today people continue to follow the tradition with unending faith. For example, the Krishna and Draupadi story, is one among the factors that contribute to Rakhi. When Lord Krishna got hurt in the battle against king Sari, Draupadi tored an piece of her sari and tied Lord Krishnas wound. This gesture touched Lord Krishna and then he blessed her with a saying “ May this never end”. Later on, he protected Draupadi in her vastraharan in the court of Dhritarashtra by Kauravas leading a great example of a brother helping her sister in every aspect of life.

Another historic event goes back to the time of Alexander the Great, when he was defeated by Hindu king of Punjab named Purushottam, Alexander’s wife went to tie a rakhi to kind Purushottam to let her husband and protect him from being slain.There are many noted references of from the past which confirms the existence and meaning of Raksha Bandhan.

The significance of this festival is mainly about protection. We would find that in temples also priest tie the sacred thread for the protection of a devotee. The festival symbolises the inseparable bond of care, love and respect. The festival conveys a strong message of spiritual significance with the need to nurture the positive qualities, word, purity of thoughts and deeds.

If the spiritual emotion of sister is very strong, her motivation to attain more grace of Grace for her brother also results in more spiritual profess of her brother.

A brother pledges to protect her sister in every birth. The rakhi forms a symbol of purity of brother and sister relationship.

In past, the tradition of tying Rakhi was considered very auspicious and was celebrated with the utmost symbol. Earlier it was considered necessary in olden times when the tradition of arrange marriage was a part of norm and girls were married off to the person who is a complete stranger. Therefore, to protect her sister from any type of issue after marriage, it was important for brothers to share a strong bond with his sister. It was a widely promoted occasion which resulted into rituals to be ingrained deep into the society.

Many people from today’s generations question the relevance of this tradition in our modern society where siblings grow up in a family but later choose to settle down in a completely different corner of the world. While the modern society has given equal independence to men and women, is there still a need of brother for the protection? Also to add, nowadays how sincerely are people following the tradition? Is simply done for a show and to tell others or to follow the rituals with no thought of ownself? Does the tradition truly hold any meaning for people?

However nowadays, Historically the string or ‘rakhi’ held a lot of real life and symbolic value. Times have changed a lot and nowadays such obligations are not given much attention because with growing relations and nuclear lifestyles these celebrations gives a reason for families to meet and enjoy the moments together. Nowadays during such celebration siblings reminisce their unique past and she the memories that other would not understand like they do. With time gifts have also been replaced with much more fancy things. Chocolates have replaces the plates of sweets, sarees, suits and jewellery has been replaced with designer bags, international trips and cars. People has become practical and fulfil the need of each other. Sisters inform their brother proactively what they would want for Rakshabandhan gift and brothers make it a point they get their sisters what they have demanded. While this can be considered as a smart option, the older perspective of brother choosing a gift for his sister after considering her likes and dislikes can be taken as more thoughtful.

All in all, we can say that change can be seen not only in the way the festival is celebrated but also in the gifts being shared on this occasion. However, there are many siblings who take out time from their busy schedule to be together with their family yo celebrate this beautiful day and ensure that traditional values are kept alive in some or other way.