India is a land of scientist & mathematicians. There is always some logics behind everyday lifestyle in India. “Solah Shringaar” is one among them.

Wearing ornaments is an ancient culture in Indian tradition. Every women feel fortunate to adorn herself. This used to be the sign of being married in India whose husband is alive. Women wear accessories according to their opulence. Bollywood actress Kreena kapoor traditional connection is praiseworthy.

Sometime we imagine from where it all started & what is root of women beautification. There was an era where women used to wear ornaments made by flowers & leaves. We get a different picture when we find our symbolic gods wearing all metal jewelry. men & Women both has their fashion rules. Indian Men wedding collection will give a glimpse of traditional fashion.

Most of us assume it as a ritual to wear certain jewelry on occasions for a specific reason of tradition. But, science has proved how these “”Solah Shringaar” plays vital role with their health & spiritual benefits. Sabyasachi Mukherjee fashion Shows follow Indian traditional to the core. According to India mythology planet Shukra (Venus) gives you luxury in life  Just like how your name affects your life.

Ornaments & make up is not just symbol of beauty but adapt science rules behind them. There has been “16 Shringaar” in Indian scriptures with it’s own value individually. let’s elaborate the real root of Indian tradition”Solah Shringaar” one by one.

Spiritual science admits that bangles convert the negative vibes to positive energy around a women.  Bangles create constant friction with the wrist which increases the blood circulation level & keeps them actively healthy.

It directly belongs to the uterus of women. Science says, nerves of three middle foot fingers  directly connects with the uterus of women & wearing toe rings enhances her ability of procreation. Toe rings are worn in the middle three fingers of feet. Now, girls have started wearing toe-rings for fashion also.

Nose-pin  got popular at the time of Mughal era in India. Science says if one layer of nose is get pierced, there will be a soothing menstrual period. According to Hindu culture, a widow is suppose to put off nose ring after death of her husband. This is a breath regularize to eliminate the poison that comes out while breathing carbon. The nose piercing on the left nostril is linked with the female reproductive organs. An ophthalmologist says that it is difficult to control the women who wear the nostril ring, as this will control the brain wave length.

The word Bindi comes from Sanskrit word “”Bindu” which means a point. Bindi was mandatory for women either he is married or unmarried. The round dot adorn between the eyebrows is a sign of Lord Shiva’s third eye. Bindi is considered good for family’s prosperity.

The bindi placed at this position is said to retain and enhance this energy, strengthening one’s concentration.

The forehead area between our eyebrows is said to be the 6th Chakra “Ajna” out of 7 Chakra’s of body. Ajna is supposed to be covered to keep it unexposed from outer energy. hence, we put Bindi to keep our self mental power strong & clear. Bindi can be of any color but red is quite popular for its beauty & auspiciousness.

kajal is known with different names in different parts of the world. Some call it Surma & Kajra also. Kajal enhances the beauty of eyes while protecting the bride & family from evil powers. Applying Kajal keeps eyes clean, fights with disease like blepharitis, improve vision, & strengthens the eyes.

Henna is one of the most important Shringar among Indian brides. It is said that darker the color of Henna more the husband will love her. Scientifically Mehandi carries few medical benefits. Applying henna on bride’s hands & feet keeps her brain & body calm. Mehandi is majorly used for designer art tattoos worldwide.

Shadi ka joda is mostly worn in Red color in Hindu culture. Our ancestors knew it then that red color enhances the sexual outlook of a woman & makes her look divine. Study says red is the most arousing color towards males.

There is a reason putting festoon in hair. South Indian women use jasine flowe festoons to adorn their hair. Gajra keeps the senses of the bride fresh & fragrant which makes her look beautiful.

Indian physicians and philosophers believe that piercing ears helps in the development of intellect, power of thinking and decision making faculties. Get a piercing today! Hindus have a tradition of paying their respects to the Sun God early in the morning through the Surya Namaskar.

Necklace has its own significance since there are few acupressure points around neck. When we wear a necklace it presses those points which gives us health benefits. Different metal have different science behind these ornaments like gold protects our body from distressing energy present in the universe with it’s Absolute Fire element.

It is believed that every finger has a connective nerve with our body parts. Wearing ring in ring finger is suppose to create positiveness in our brain & connected to our hearts that why men & women wear rings in this finer in engagement ceremonies.

In old times, elders of the family used to get a sign by the sound of anklet if daughter in law is around & they used to change their way. Science says wearing silver anklets has several benefits on women health like controlling feet inflammation, menstrual pain & hormonal imbalance.

Sindoor contains turmeric, lime, and a minute level of metal mercury. When sindoor is applied on the bride’s hair partition, the mercury cools down the body and makes her feel relaxed. It also triggers a sexual drive among them. And this is the reason why, widows or unmarried women are not allowed to wear it.

Mang Tika is suppose to control the heat of head. Mang-Tika falls on the point of forehead which is Ajna Chakra, enhances the connection between men & women spiritually. 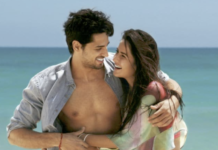 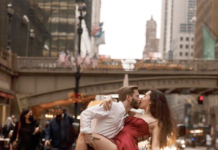 5 Ideas to Plan your prewedding photoshoot 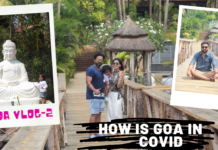 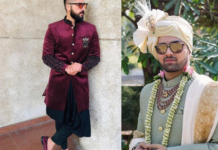 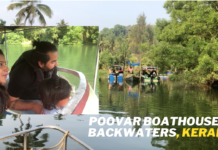