I woke in the morning with this turmoil in my neighborhood that there is a leopard in Palwal. I took it super easy & slept again since it was a bit early for me to wake up. My sister came breathing high saying wake up there is this leopard in the house next to ours. I said what!.

I woke up & stood at my window for like half an hour. Sigh! there were people yelling around to get one glance of the poor animal. I was observing those people more than the leopard itself. There were forest officers & the whole rescue team with cops around my house. They warned me to close my windows since  there were bullets fire happening.

I know my restless organs which cant keep calm if there is so much adventurous to do. I decided to go on my roof top with my Momma to have just one single look to wave  a hi to leopard. I had never seen this in my life before. It was more of entertainment for me. My dad was not aware about our sneaking plan to the terrace. We went & cops standing in front of our house started shouting to go back in the house or we would get injured either by bullet or by Leopard.

The moment we were turning back, mum said here it is in our neighbor’s garden area. I found its first glance & I kept my camera ready to shoot some good clips to flaunt later at social media. I was telling about it’s position to the rescue team & same next moment that leopard jumped off this 10 ft high wall to enter my own house backyard. I was thrilled & my dad was literally pulling my hand to come back in while I was busy recording this video.

Well! you can avoid my hyper thrilling sound which I hated later. Then, the real scene began. My entire house was like there is some raid of police or some celebrity happened to be in my house. There were cops, there were teams, there were people, strangers, relatives, friend everyone.

Oh yes I forgot to share this video where the poor animal tried hiding himself from me & now its time to tap my own back or foolishness I would say, how could I stand there when it could easily jump to the place I was standing.

There in the video it is

My entire neighborhood was a scenic view where crowd was waiting hopelessly for 4 hours to see this leopard once. Have a look

After this it went to the first floor & hid himself in the empty garret. It was hidden here for almost 4 hours while teams were working to prepare netted trap for him.

Meanwhile, few people gathered at the rooftop of our backyard & drilled a hole to hit the leopard. In this turmoil & fear, leopard came out where it entangled in the net for few seconds. In a glance, leopard again jumped off to the open ground since net trap was not properly set & teams did not have enough equipment to control the situation.

The mob went gaga after leopard escape from the trap. Fortunately, no one got hurt during this escape since people did guard themselves in the house & terraces. Cops were already announcing since morning to stay away from the danger zone where leopard was doing house hopping.

After this 20 hour of efforts, forest team finally succeeded to hit the tranquilizer gun & leopard went unconscious after few minutes in a house where it hid himself in the end. Forest team rescued him safely from that house & took him to Gurgaon.

It is said, this leopard in palwal has come from Uttrakhand hills hiding in transport trucks. Earlier, people were doubting it to be from Aravali hill, Gurgaon since, there is difference between the black spots of Uttrakhand & Aravali Leopards.

This leopard did attack forest office Mr Karan Singh Rawat while he was checking out where leopard was hidden. He was looking down & leopard injured him from the top where he got these severe injuries in head & back. 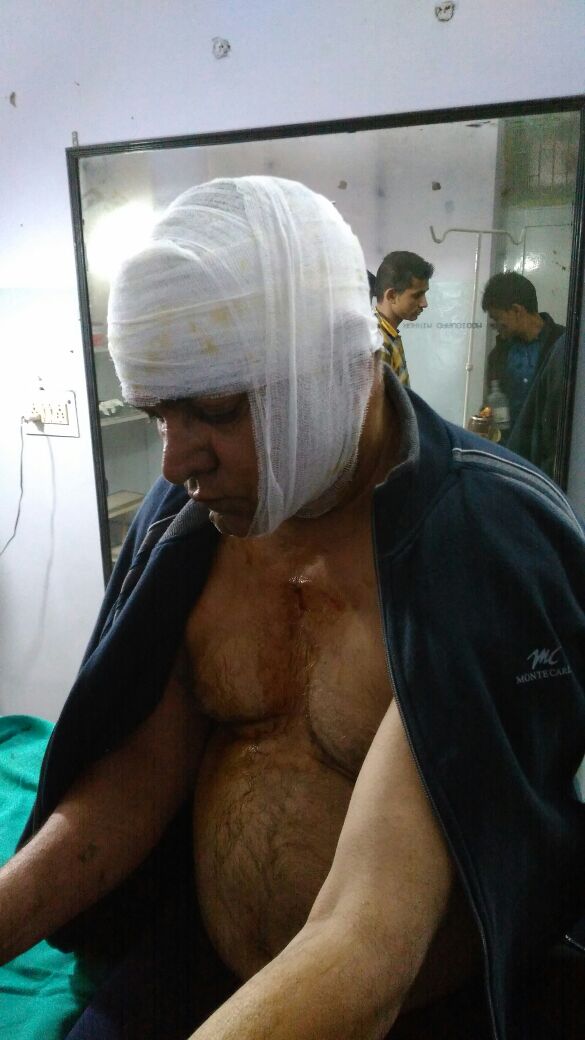 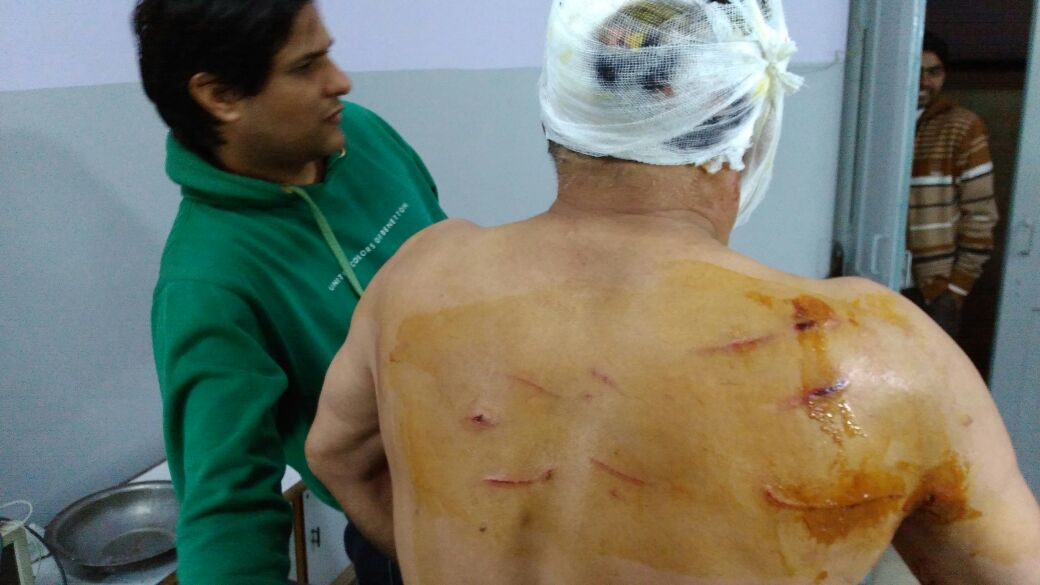 Leopard in Palwal City is one of the thrilling experience for me & its not new. What is reason behind these homeless animals to enter human township? isn’t it deforestation leaving them homeless & troubling their lives.

Human communities get mad when any animal enters their home. How about their homes humans vanishing for their own selfish needs. Think over it & respect every living being since this planet is for everyone not just for humans.

Holi is coming & keep your skin safe with these Holi Skin safety tips.